While the Jornada del Muerto runs north to south, Nana and his men made a 40-mile trek west across the desert  from the San Andres Mountains, crossing the new railroad tracks north of Engle and fording the Rio Grande near the mouth of Cuchillo Arroyo, just south of what is now Elephant Butte Dam. This trail from the San Mateos to Salinas Peak and beyond to Mescalero country was well known to the Chihenne.

To pick up Nana’s trail again, we continue south on I-25 to Rincon, then  turn back north along Aleman Road, the only part of the dreaded Jornada still accessible to the public.

The BLM has marked a couple of short hiking trails that allow the visitor a taste of the Jornada. Here, looking east toward the San Andres Mountains on this particular day at the end of May the air temperature was 98⁰, ground temp 110⁰.

A tinaja, one of the evanescent desert waterholes that could mean the difference between life and death in the desert. 1881 was a “wet” year in New Mexico – where the average annual rainfall is no more than 12” or 14”, the majority of which falls during the summer monsoon season in July and August.

Many Mexicans and more than a few Americans died on this perilous desert passage, but the dead man this stretch of the Camino Real was named for was, improbably, a German. His story is recalled on a gruesome plaque set along the hiking path overlooking the faint traces of the old trail.

For a man of his time, Bernardo Aleman (Bernard the German) wandered extraordinarily far from his native land. In the late 17th Century, he came to Sonora, on what was then the far northwest frontier of Spanish colonial Mexico. From there he fared even farther north, traveling with a mule caravan up the Camino Real to trade in the remote and isolated province of New Mexico.

Certainly he was a professed Catholic; no other faith was tolerated in the Spanish dominions. But perhaps due to some indiscreet comment, perhaps due to his knowledge of the healing powers of some unfamiliar herbs he had acquired in his far wandering, or perhaps only because his foreign origins made him suspect, he came to the attention of the Holy Fathers in the town of the Holy Faith of Saint Francis.

By this time the terrible flame of the Inquisition was already guttering in Spain itself, consumed by its own bloody excesses. But on the frontiers of the empire, where relapsed heretics and secret Jews had fled to escape its terrors, the Inquisition remained a fearful force.

In New Mexico, the Inquisitors were chiefly occupied in extirpating the pagan heresies that persisted, literally underground, in the kivas of the Native American pueblos. The padres’ zealous efforts were the single most significant factor fanning the flames of the Pueblo Revolt 12 years later. (Popè, charismatic leader of that uprising, was one of those publicly flogged for his stubborn adherence to the religion of his people.)

While the austere message of Lutheranism or Calvinism might have seemed much less of a threat to the souls of New Mexico than the vivid charms of the traditional Pueblo faith, the Inquisitors prided themselves on their thoroughness – a man who declined pork at his evening meal, or a woman who changed her underwear on Saturday might be unmasked as a despised relapso, for example. Not the least deviation from the One True Faith was to be tolerated.

So in 1668, Bernard the German was accused of “practicing witchcraft” and imprisoned.

Although justly infamous for its tortures, the Inquisition was more often simply Kafkaesque in its proceedings. The accused heretic was thrown into a cell and left to rot, often for years, while a cumbersome bureaucratic process ground on with glacial slowness. Reports were written and dispatched down the long, weary miles to Chihuahua and from there on to Mexico City, where they were pondered at length before being sent on to Madrid for further careful deliberation. Months later, instead of a judgment a response might be generated demanding further information or raising new questions, and the whole tedious process would be repeated.  The BLM plaque asserts the unfortunate German was held prisoner for two years “in a tiny prison cell near Sandia Pueblo,” but it’s unlikely there was a suitable calabozo in the little village of Bernalillo (Albuquerque wasn’t founded until 1706). The Inquisition was headquartered at one of the “salt mission” churches about 40 miles southeast of Sandia, and that was a more likely site for holding ecclesiastical prisoners.

These missions were where los indios bravos came to trade jerky and hides for salt harvested from the dry lake beds in the area. As such, it was a likely place for the prisoner to make contact with the Apache who befriended him and helped him escape. The Indian may have been a genizaro — a captive from the wild tribes superficially Hispanicized and absorbed into the lowest levels of New Mexico society as a servant, laborer or slave. 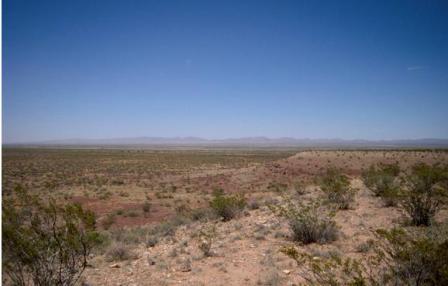 The two men stole horses and fled south into the desert.

According to the BLM plaque, after two days without water, El Aleman “stopped and sent his friend ahead to find water.” When the Indian returned two days later, the German was gone. Months later his horse was found dead, still tied to a tree. His skull and a few bones were scattered nearby.

This is one of those desert tales that raises more tantalizing questions than it answers. If his horse was still on its feet, why didn’t Bernard ride on with his companion until the animal collapsed? Why ride a distance after the Indian left him, then dismount and tie the horse to a tree before he died himself? Heatstroke is a capricious and often bizarre killer and Border Patrol veterans have a fund of grisly anecdotes about how extreme heat and thirst affect people hiking in the desert.