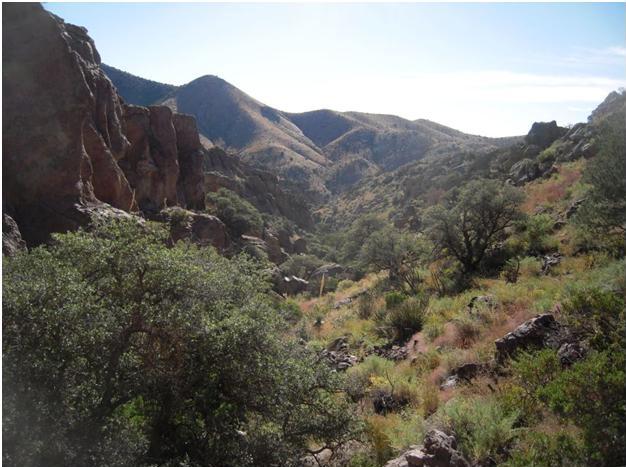 “Nothing yet invented has ever caught a Chiricahua in the mountains, certainly not from the rear.” – Lt. Charles Elliott

The San Mateos and neighboring Magdalena Mountains comprise the the Apache Kid and Withington Wilderness areas, 44,650 acres of some of the most remote and rugged backcountry in New Mexico.

It’s in climbing up into the San Mateos that my respect for Nana turns to admiration if not awe. As Hatch complained in justifying his failure to catch up with the raiders, “It is impossible to describe the roughness of such mountains as the Black Range and the San Meteo(sic). The well-known Modoc lava beds are a lawn – compared to them.”

As a much younger man I hiked and camped in these mountains, sometimes alone and sometimes with my son. We made several unsuccessful attempts to reach the legendary grave of the Apache Kid, in the very heart of the wilderness. We were defeated on two occasions by shortage of water — with the mountain springs dry, we simply could not carry enough to see us there and back — and on another excursion by a deluge of summer rain that left us wet as drowned rats and the trails a morass of slippery mud.

Although most chroniclers believe Nana entered the San Mateos through East Red Canyon, I believe that is too far to the north (and too close to Fort Craig). I think it more likely the raiders entered from the Canada Alamosa which borders the mountains to the south. 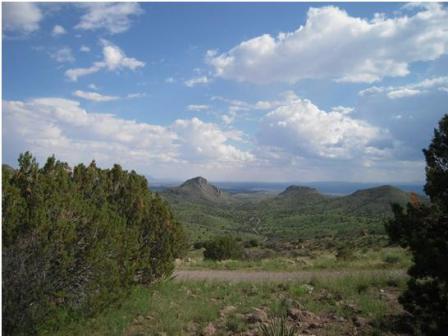